Here we remember those who have gone on (and will rise!) before us. We miss them but rejoice that they have fought the good fight and finished the race! They are now in the presence of our Lord.

Steven Fader was born on August 21, 1955 and passed away on Tuesday, July 28, 2015. Steven was a resident of Cedarville, Michigan at the time of his passing. He was faithful to the Salvation Army. He is survived by his wife Elaine. A memorial gathering was held from 11:00 a.m. to 1:00 p.m. on Saturday, August 1, 2015 at the Ransford Collon Funeral Home in Caro. Those planning an expression of sympathy may wish to consider memorial contributions to the Fader Family Discretionary Fund, c/o R. Galer Funeral Home, Attn: Steven Fader Fund, 24549 SM 129, Pickford, MI 49774. 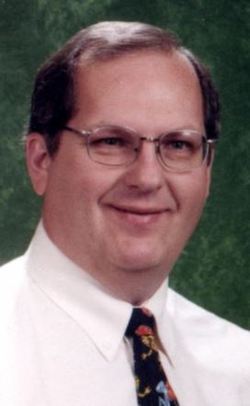 Keith E. Agee, age 57 of Cheboygan passed away Monday, December 15, 2014. He was born December 28, 1956 in Detroit, the son of Louis and Laurie (Wills) Agee. On June 21, 1975 in Cheboygan, Keith married his high school sweetheart Sally Sines.
Keith was an educator and minister of God’s word. He has been in the ministry for more than 35 years holding his ordination with the Assemblies of God Fellowship. His first ministry position was in 1979 as the Youth Pastor of the Huron Street Tabernacle, now Life Worship Center where he continued to teach and serve for the last ten years upon their return to Cheboygan. During his career he served as Senior Pastor at four different churches. After graduating with a Master’s Degree in Biblical Literature from Oral Roberts University he taught at Trinity Bible College in North Dakota for seven years and taught high school Bible for 11 years in Christian schools in Florida and Missouri. For the past 10 years Keith has served as the Chaplain at Kinross Correctional Facility. Keith loved God and his family. He also enjoyed playing cards and watching movies.
Survivors include his wife Sally, his parents, Louis and Laurie of Palmetto, FL, five children; Samuel (Rebecca) of Cheboygan, Sarah (Xavier) Wilson of Willis, MI, Elizabeth (Gregory) Bock of Cheboygan, Edward (Jeslyn) of Jackson, MI and Mickey (Stacy) of Cheboygan, eight siblings; Chris (Mary), Marianne Mankin, Richard (Brigitte), Joe (Andrew), Larry (Stacie), Matt (Brenda), Bill (Jodie) and Jamie (Ted) Kilgore and nine grandchildren; Benjamin, Hannah, Lydia, Isaac, Josiah, Grace, Samuel, Hope and Judah. He was preceded in death by one brother, Scott Agee.
A memorial service took place on Saturday, December 20, 2014 at 10:00 am at Faith Baptist Church (corner of Lincoln and Western) with Pastor Mike Konieczny officiating. Memorial contributions in Keith’s name may be directed to Cornerstone Christian School where Sally serves as the Administrator or Life Worship Center where his son Sam serves as Lead Pastor and his daughter Liz serves as Family Pastor. The family was served by the Nordman-Christian Funeral Home. Please click here to view the memorial on their site. Click this to watch his memorial slideshow. 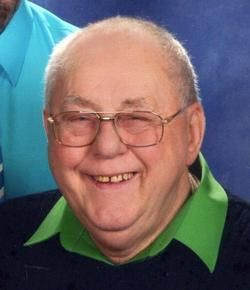 Clarence G. Kernstock Pinconning, Michigan Mr. Kernstock passed away early Thursday morning, July 10, 2014 at his residence with his loving family at his side. Age 75 years. He was born October 12, 1938 in Frankenlust Township to the late Gerhard and Lydia (Helmreich) Kernstock. Clarence was a member of St. Paul Lutheran Church of Frankenlust, he was actively involved with the Keryx Prison Ministries, Michigan Youth Challenge and retired as auto mechanic. Clarence enjoyed working in his yard, gardening, growing flowers, raising roosters, cooking, four wheeling, skeet shooting and most of all he had a great love for his dog; Roly. He is survived by his wife Marian (Leinberger) Kernstock whom he married on January 1, 1995, four children; Allen Kernstock, Steven (Candy) Kernstock, Terry Kernstock, Sherry (Todd) Knoerr and the mother of his children; Judith Kernstock, two step children; Brian (Donna) Leinberger and Susan Leinberger, eight grandchildren; Shena, Terry, Joshua and Courtney Kernstock,Joe Saumier, Aric and Austen Davis and Cory (Kenisha) Leinberger, three great grandchildren, three sisters; Marie Hendrick, Gladys (Bernie) Wenglikowski and Hilda Dijak , one brother; Harvey (Sue) Kernstock and many nieces and nephews. Besides his parents he was preceded in death by one infant brother; Howard Kernstock and one brother-in-law; Patrick Hendrick. Funeral and Committal Services took place Sunday, July 13, 2014 at 2:00 p.m. at St. Paul Lutheran Church of Frankenlust. Officiating was the Rev. Paul D. Theiss with private inurnment in the Church Cemetery. Those planning an expression of sympathy are asked to consider a memorial to St. Paul Lutheran Church Memorial Fund, Keryx Prison Ministry, Michigan Youth Challenge Retreat or the donor’s favorite charity.

Forest Wilson "Bud" Bowden (December 2, 1942 - August 25, 2014) Forest Wilson Bowden “Bud” Bay City, Michigan Mr. Bowden passed away peacefully, Monday, August 25, 2014 at his residence with his loving wife at his side. The son of the late Wilson William and Leona Marie (Adair) Bowden was born December 2, 1942 in Bay City and has resided here all of his life. Forest was an active member of Messiah Lutheran Church in Bullock Creek, Cursillo of Michigan, Keryx Prison Ministries, Michigan Youth Challenge Retreat. He proudly served his Country in the United States Air Force and retired from Dow Chemical Co. Plastic Lined Pipe in Bay City. Bud had a great love for music, playing his guitar, writing songs, singing and enjoyed his boots and cowboy hat. On June 18, 1966 he married the love of his life the former Margene K. Hoppe and she survives his passing. Also left behind to cherish his memories are one son and daughter-in-law; Marc and Nadine Bowden, one daughter and son-in-law; Mara and Brent Imker, six grandchildren; Nathaniel Urband, Amanda Lyons and her husband Bryan, Tyler Imker, Kali Imker, Brianna Imker and Wyatt Imker, one great grandson; Owen Lyons, three sisters, one brother, brothers-in-law and sisters-in-law; Bonnie Sheddel, Sandy Welton, Jim and Barbara Bowden, Cathy and Bob Van Acker, Gary and Charlotte Hoppe and Linda Vrable-Sterling, one aunt and uncle, Jean and Stan Ziaya, and his nieces, nephews and many special friends. Besides his parents he was preceded in death by three brothers-in-law; Dewey Scheddel, Ken Welton and Drew Sterling. A memorial contribution in memory of Forest can be made to Messiah Lutheran Church, Cursillo of Michigan, Keryx Prison Ministries or Michigan Youth Challenge Retreat. 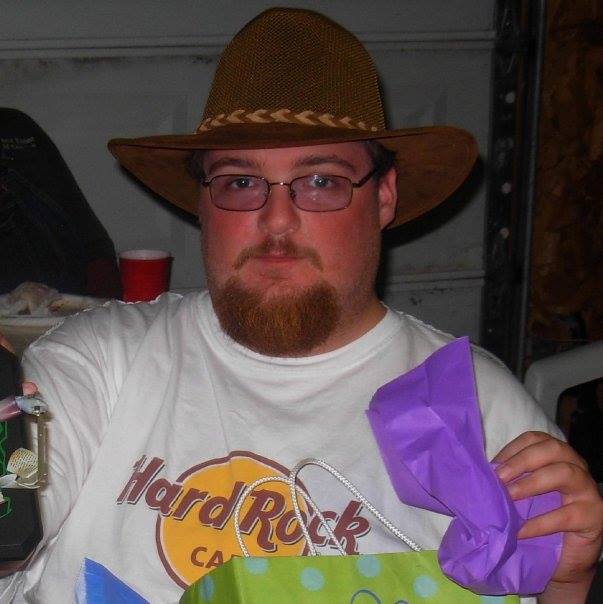 Ryandavid “Yeti” Marihugh, 30, of Alanson, and formerly of Harbor Springs, died Aug. 28, 2014.
Ryandavid was born on Sept. 16, 1983, in Petoskey, the son of David and Susan (Smith) Marihugh and was raised in Harbor Springs, graduating from Harbor Springs High School in 2002. Ryandavid lovingly received his nickname “Yeti” by his science teacher, Mr. Schanski, because of the size 14 shoes he was already wearing in the sixth grade.
Following high school, Ryandavid went to work at BC Pizza in Harbor Springs and later became the store manager.
On June 13, 2009, Ryandavid married the love of his life, Chrystal Pawlowski, at Stutsmansville Chapel in Harbor Springs and the two made their home in Harbor Springs for a time before moving to Alanson.
Ryandavid enjoyed wrestling, reading comics and bowling where he was recently elected to serve on the USBC and League Boards. At the age of 18, he became extremely active in the Keryx Prison Ministries and touched the lives of the many inmates he witnessed to.
Ryandavid was a loving and caring man with a contagious positive attitude. Anyone who met him loved him and he could always put a smile on your face. His true wealth was in his generous heart and what an endless wealth he had. He had kindly words for each and died beloved by all who knew him.
Ryandavid is survived by his wife, Chrystal; his parents, Dave and Sue Marihugh; a brother, Timothy (Tesa) Marihugh; a sister, Kim Marihugh; a nephew, Ronnie Marihugh; his maternal grandparents; and by many aunts, uncles, nieces, nephews, and cousins.
He was preceded in death by his paternal grandparents, Floyd and Helen Marihugh; uncles, Gordon and Robert Marihugh; aunt, Diane Smith; and by cousins, Nicole Smith and Ava Simmons.
Funeral services were held Tuesday, September 2, 2014. Ryandavid was buried in the Lakeview Cemetery in Harbor Springs.
Donations can be made to his wife or to Keryx Prison Ministries.
Arrangements are in the care of the Stone Funeral Home of Petoskey. 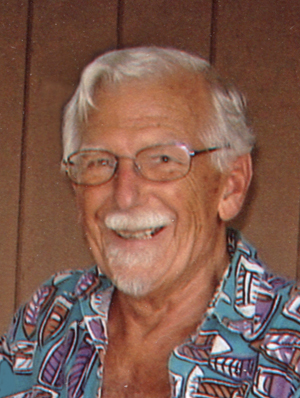 Richard Kenneth Kall of  Saginaw, Michigan went home to be with his Lord on Sunday, September 7, 2014.
The son of the late Harry and Olga (Gander) Kall, Richard was born on April 10, 1929. He was an active member of Messiah Lutheran Church in Bullock Creek. He was also active in the Keryx Prison Ministry, Michigan Youth Challenge and Via de Cristo. He proudly served his country in the United States Army. He and his wife Anita owned and operated Holy Cross Christian Supply in Saginaw, which closed on October 31, 2012. He was a strong and dedicated Christian that shared his faith with everyone he met.
He leaves behind his wife of 65 years Anita (Laurence), a daughter and son-in-law Shirley and Dennis Brefka, a son and daughter- in- law, Scott and Rebecca Kall. A son Steven, deceased, and daughter- in- law Wendy Wright Kall. Two brothers, William Kall of Alma, Michigan and Robert Kall of Clearwater, Florida. Seven grandchildren, Philip (Kelly) Brefka, Kimberly (Matthew) Lockhart, Kristin (Jordan) Waier, Tony and Laura Kall and Sean and Trevor Kall. Seven great- grandchildren, Jordyn & Haley Brefka, Matthew, Morgan and Riley Lockhart, Madisyn and Ashlyn Waier, and many nieces and nephews.
Funeral was held at Messiah Lutheran Church, 1550 S. Poseyville Rd, Bullock Creek at 11:00 a.m. Friday, September 12, 2014, with visitation at the church on Friday from 10:00 a.m. until the time of service. Rev. Kurt Weber officiated with burial in Midland Cemetery. Military honors were presented under the auspices of the Midland Area Veterans. Memorials contributions can be made to Messiah Lutheran Church, Keryx Prison Ministry, or Michigan Youth Challenge Retreat.